In most people’s minds, the development of art (more specifically Western art) in the twentieth century appears pretty linear. It starts with Manet – the father of Modern Art – and the Salon des Refuses in France and moves through the ‘isms’: French Impressionism, Post-Impressionism, Symbolism, Expressionism, Cubism… etc. etc., without much divergence or digression.

Roger Cardinal, in his essay ‘Cultural Conditioning’ from his pioneering publication Outsider Art (1972), speaks of Jean Dubuffet’s pamphlet, Asphyxiante culture. In the pamphlet, Dubuffet recalls a conversation with a teacher about there always having been an art “alien to established culture and which ipso facto [has] been neglected and finally lost without a trace.”[1] The teacher replied that “if such works had been assessed by contemporary experts and deemed unworthy of preservation, it was to be concluded that they could not have been of comparable value to the works of their time that had survived.”[2] The teacher expanded – he had seen some German paintings that had been executed at almost exactly the same time as the Impressionists were making their mark. BUT, they bore no resemblance to the Monet’s, Sisley’s and Pissarro’s that were taking the art world by storm. The teacher then felt obliged to admit that “they were aesthetically inferior to the work of the Impressionists; art criticism had accordingly been perfectly justified in preferring the latter.”[3]

In response to his teacher’s somewhat passive acceptance of the power of critics and historians in shaping the history of art, Dubuffet pointed out:

“The stupidity of this sort of reasoning, based as it is on a notion of objective value that betrays the worst kind of cultural myopia: where respected critics have testified their approval, there can be no dissension; bad marks in art can never be forgiven, at least not by a layman.”[4]

To Dubuffet, his teacher had “bowed before the prevailing wind emitted by the Establishment, and could consent to find objective beauty only in the place marked out by a superior order.”[5]

Conversely to Dubuffet’s teacher’s dismissal of art not accepted by the Establishment, I for one can certainly see comparisons between the work of ‘outsider artists’ and the Manets, Matisses and Mondrians of the Modern Art world. The most glaringly obvious comparison (although I’m not a fan of comparisons) comes from the contradictorily all-encompassing Expressionism – which could in theory act as the sole ‘label’ for all of its preceding movements. The essential idea behind Expressionism (which originated in Germany in around 1910) was that “art should not be limited to the recording of visual impressions, but should express emotional experiences and spiritual values.”[6] I think these descriptions also aptly define the majority of works of ‘outsider art’ – raw and emotive, spiritual; a visual incarnation of the inner voice.

At the time of increasing popularity for German Expressionism, the artists who aligned themselves with the ‘movement’ were becoming aware of ‘outsider art’. They were inspired. The psychologically isolated mechanical era of industrialisation in Germany combined with the imminent threat of war led artists such as Max Beckmann to look for a new language for these continuing contextual dilemmas. German Expressionists looked to convey certain aspects of ‘outsider art’ in their own quest to create a language that was undoubtedly a critical response to contemporary political and social problems. 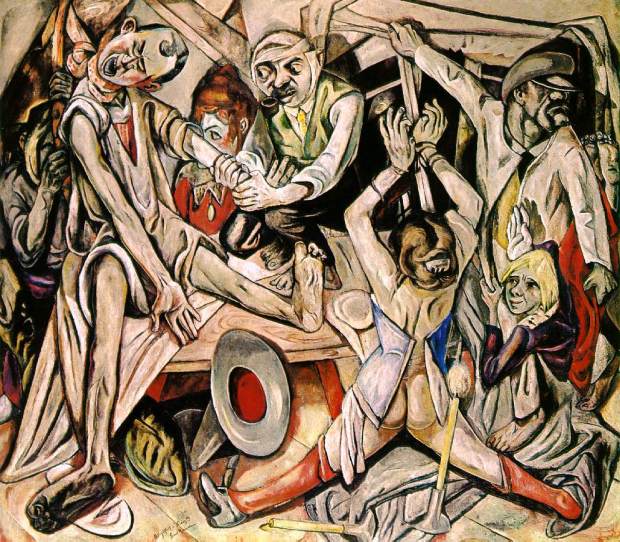 So… How is ‘outsider art’ so often excluded from the rigid linear progression of twentieth century Modern Art when it so obviously informed one of the biggest movements of this era?

Similarly, Henri Rousseau – ridiculed during his life, and never embraced by the ‘accepted’ canon – has come to be recognised as a self-taught genius with works of an impeccably high standard. Alfred H. Barr, Jr., writing the foreword for They Taught Themselves: American Primitive Painters of the 20th Century, notes that, even alongside the famed French Impressionists, “Rousseau now seems one of the foremost French painters of his generation,” who can undoubtedly “hold [his] own in the company of [his] best professionally trained compatriots.”[7] 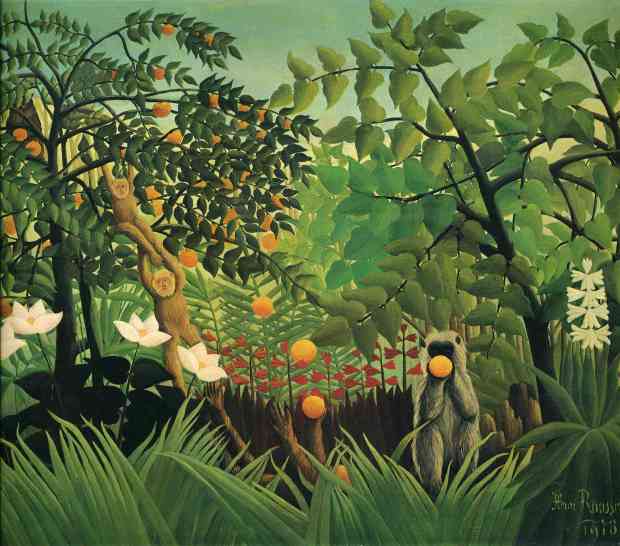 Likewise, the thousands of drawings created by Bill Traylor – who was born into slavery in Alabama in 1854 – “didn’t fit into the heroic story of Modern Art.”[8] Jonathan Keats, writing for Forbes, insists that if Traylor had “been known beyond the city limits of Montgomery, he’d have been a worthy rival of Picasso and Matisse.”[9] Keats continues, claiming that Traylor’s work could have “given up the game” – it was “totally untutored yet as sophisticated as anything in a museum.”[10]

There are even more glaringly apparent comparisons as we move towards the present day, with the rise of the ‘Ready Made’, or of the ‘Found Object’; both an illustration of the Modernist revolt against traditional materials which saw artists attempt to demonstrate that art can be made from anything. A lot of the most well-known ‘outsider artists’ used any materials that they could get their hands on. Although perhaps not a conscious choice – like those rebellious Modern artists – ‘outsider artists’ are often renowned for their innovative use of found materials. One of the most famous examples is Raymond Isidore’s ‘Picassiette’ – his embellished property, which he decorated with salvaged shards. Perhaps most ‘outsider artists’ could come under this ‘category’, for many of them used non-traditional art-making tools such as toothpaste, or in Traylor’s case, the backs of discarded posters and cardboard scraps.

The list goes on – and the longer it gets, the more confusing it is that the highly influential and original works of ‘outsider artists’ were excluded from the mainstream art world at their time of production and have since been excluded from what we know as ‘The History of Art.’

The celebrated ‘outsiders’ of today may not have been critically acclaimed at the time, but – luckily – they have not been “neglected and finally lost without a trace”; as Dubuffet’s teacher claimed of most art “alien to established culture.”[11] The more we look back at the development of Western art in the twentieth-century, the more we can start to place pioneering ‘outsider artists’ into the canon of Modern Art. Perhaps with hindsight we can look back at ‘outsider art’ made during the twentieth century and realise that the term has, in fact, been obsolete this whole time.

“Artistic ‘movements’ are the generalizations of journalists when confronted by the existence of new work that cannot be fitted into any convenient pigeon hole. Such terms survive only because they have a certain historical validity, and also because they help to confer some sort of order on the apparent anarchy that the contemporary art scene has, ever since Romanticism, seemed to present.”[12]