Over the past six months or so, I have been contributing to a project by PhD student Marion Scherr. Marion initially got in touch because she is currently completing her PhD thesis at the University of Oldenburg, Germany (School of Linguistics and Cultural Studies), focusing on the personal experiences, opinions and thoughts of artists who have been labelled or choose to label themselves as ‘Outsider Artists.’ She is comparing and contrasting the artists’ personal experiences with representations in academic and media discourses in the UK.

Since summer 2017, Marion and I have been in a game of email ping pong, sending emails to and fro about the nature of outsider art, what it means for curators and academics, and ultimately, what it means for the artists themselves. After speaking to Marion, I thought it would be interesting to relay some of the conversations we’ve been having. The series has four installments, of which I will post one per month for the next four months. Both Marion and I would love to hear your comments on any of the questions or answers, so please do leave them below. Keep reading for the first question! 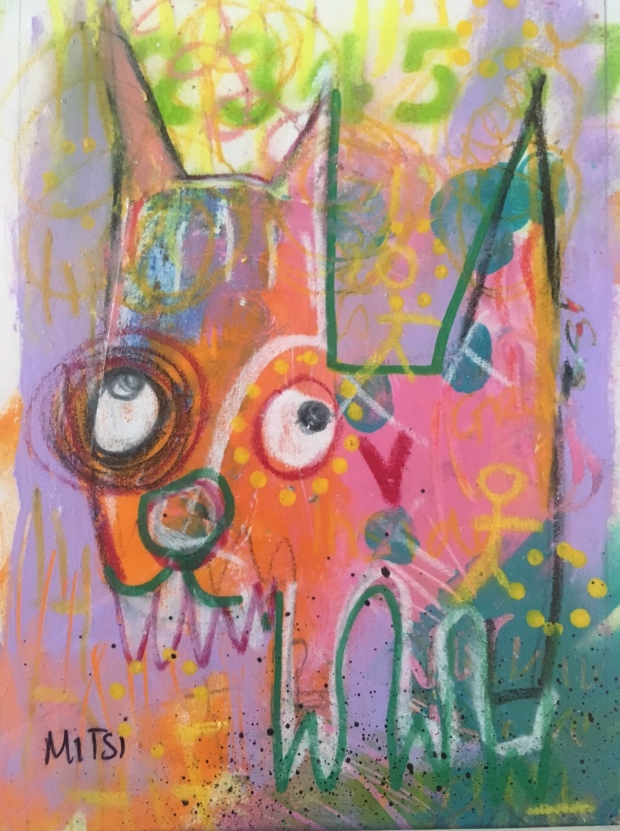 Marion Scherr (MS): When and in what context did you come across the term ‘Outsider Art’ for the first time, and how have your opinions on the term changed since then?

Kate Davey (KD): I first came across the term outsider art in 2008 when I was studying for my undergraduate degree in Art History. It was introduced to us during a module on psychoanalysis and art, which predominantly focused on sublimation and perversion in art. I remember seeing images of work by Richard Dadd during the lecture, and it was the first time a piece of work has ever truly made me feel something. It was then that I decided I would focus my attention on this interesting (and to me at that point, completely unknown) area of work. I visited the Bethlem Museum archives to see Dadd’s work in the flesh, which was a fantastic experience.

I focused my BA Hons dissertation on outsider art and then went on to do an MA in Art History and Museum Curating, this time focusing more specifically on curating exhibitions of outsider art. At this stage, I was somewhat accepting of the term – it described an area of work that I needed to describe in my essays and using that term made it easier. I did a lot of reading around the subject, both for and outside of my studies, and I was looking for an outlet to share my thoughts and discoveries – which is when I started this blog.

It was a combination of this research and starting work for a couple of organisations that supported marginalised artists that encouraged me to start questioning the term. Until that point, it had been a given, and particularly as an undergraduate student, it’s difficult to question these things. My blog became somewhere where I could air my thoughts freely, sometimes heading off on tangents, but always feeling better once I’d written it down.

I started to become dubious of the term, wondering why – unlike other movements in art history – this term described the person creating the work rather than the work itself. I wrote many posts about how the ultimate aim is the complete elimination of the term ‘outsider art’ and the unconditional welcoming of ‘outsider artists’ into the mainstream canon. My views have changed many times over the years, and at one point I welcomed the term again, wanting artists who might be grouped under that term to ‘take it back’, in a similar way to what happened during the disability arts movement. Over the years I have also had the opportunity to speak to many people about the issue, including many artists, and have found that definitions and ideas about the term are varied and diverse.

A couple of years ago I decided to do a call out on the blog for artists to submit their visual response to the term outsider art, and to give an alternative term that they might prefer to use. This was very enlightening – most of the artists did still want a term, whether that was ‘outsider art’ or not, and many of them were in fact happy with the term. I have done a lot of research on taxonomy and categorisation, and humans innately like to group things together. I think for this reason, there does need to be a term, but there is still a long way to go in unpicking what it really means, and ultimately (and most importantly), unpicking what it means for the artists it describes. Does it condemn them to work in the ghettos of the art world, never really being a true part of the art historical canon? Does ridding ourselves of the term also mean we will rid ourselves of all of the wonderful organisations who are supporting artists who face barriers to the mainstream art world?

As you can see, I am still not at a final decision, and I don’t know if I ever will be – and in some ways, I hope to never not be. This is a topic that continues to fascinate me, and I will keep exploring it. 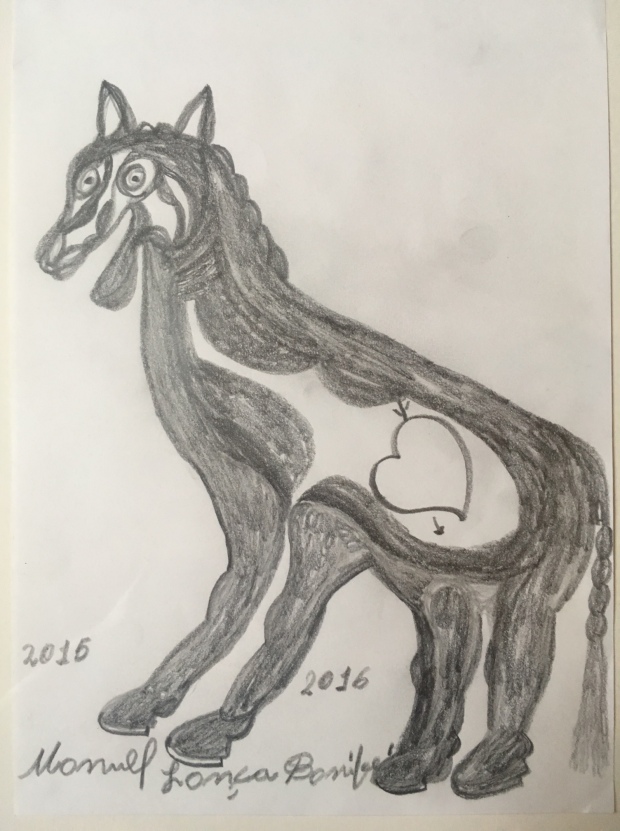 MS: You have been involved in putting together exhibitions yourself – how do you personally define the term? And how would you explain it to a visitor who isn’t familiar with the term at all?

KD: I think over the years I have become much more flexible about who might be considered an outsider artist, and generally (for my blog) I will leave it open to the artist to decide if that’s something they would like to be associated with. In terms of the exhibitions I have curated, I have tried to convey that the artists I consider to fall under this category create because they have to, not to sell the work, not to gain any fame from the work etc. My hope is to inform the public that anyone can be an artist – anyone can create, and anyone should feel like they are able to create. It’s always a bit of a win if someone comes along to the exhibition feeling inspired to go home and make or create something themselves.

I do also give people information on the history of the term – objectively – so that the public are able to come to their own conclusions about what might be considered outsider art (and it generally helps people to see where the work has come from and the context that this sort of work sits in more widely).

If I were describing the term to someone who didn’t know about it, I would give them Roger Cardinal’s definition as a starting point, but would hope to convey to them that I consider it to be a term that encompasses people who haven’t necessarily taken the ‘traditional’ route to become an artist. It’s about unfettered creativity and a need to produce something – which is actually what innately makes us all human. I find I know people who don’t consider themselves ‘art’ people, but once they see a work of ‘outsider art’ they find they can relate to it more easily than a piece that has developed out of an art school or the art historical canon.

So I guess to sum up, I haven’t got an ‘elevator pitch’ for what I think outsider art is now, but I’m very open to (and thoroughly enjoy!) discussions with a wide range of people about this area of work. I think it’s an open conversation and everyone who is working in this area – curators, researchers, directors, and artists – should aim to engage with people about the subject. It’s such a fluid thing, and it’s a ‘type’ of art that has been so fluid and depends so heavily on people, that it doesn’t feel right to have a strict paragraph of text to define it.

5 thoughts on “In Focus: The Question of Outsider Art”