Above Image:  ‘The Economically Booming City of Tianjin, China’ by Norimitsu Kokubo

On Saturday 15 June, I visited the Wellcome Collection for a talk on the history and development of ‘outsider art’; an event accompanying the current ‘Souzou: Outsider Art from Japan’ exhibition. Here, I have outlined the main points covered by each of the speakers, and highlighted a few of the questions raised during the discussion. I am hoping to come back to these questions in ‘Part Two’, and answer them for myself.

John Maizels chaired the event which aimed to explore the history of ‘outsider art’, right from its early days as a diagnostic tool for psychiatrists to the growing popularity of visionary artists in the present day. Each speaker gave a presentation on their specialist area, followed by a chance for questions and a discussion with the audience.

Roger Cardinal spoke first, defining work aligned with the term as anything ‘outside the spheres of normal art making,’ before going into detail about the three highly influential characters who really shaped the beginning of what we now know as ‘outsider art’: Jean Dubuffet, Hans Prinzhorn, and Andre Breton. Roger discussed how early on in its development, ‘outsider art’ was merely a diagnostic tool within the asylums of 19th- and early 20th- century Europe. It was Prinzhorn’s interested in the work that really encouraged a much more creative and aesthetic stance, rather than a continuing pathological one.

The point I found most interesting during Roger’s talk was his stating that ‘outsider art’ is categorically not a movement – it is not a school, a style, or a political movement – instead, it is a ‘movement of one’ in the sense that each artist should be looked at separately. It is a ‘movement of individuals.’ This was great to hear, as it is something I have been trying (and seemingly failing!) to put into words… until now! 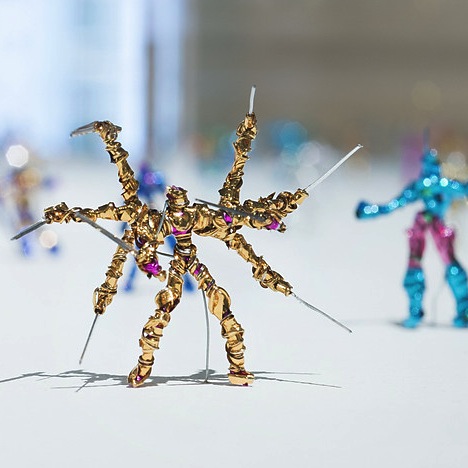 Next to speak was David O’Flynn. Having a psychiatrist on the panel was something I found really interesting, and I really wasn’t sure what to expect. I continuously advocate that work aligned with ‘outsider art’, or (for want of not using the term) work created by those on the margins of society, should not in any way be associated with the backgrounds or biographies of the artists, so to have a psychiatrist on the panel was something I questioned – would it take away from the focus on the aesthetic? Would it again pathologise the work?

David, however, is not only a psychiatrist, but also manages the Adamson Collection – a collection of art founded by Edward Adamson, the ‘father’ of art therapy (I am definitely not an endorser of art therapy – and was pleased to hear David say that he was also extremely ‘anti-interpretation’). He spoke about the change in European mental health care in the mid 20th-century, and how this had a huge impact on the emergence of ‘outsider art’. There was a move from psychiatrists ‘discovering’ or ‘finding’ work created by patients to them actively setting up creative spaces where patients were encouraged to create.

David also raised a few interesting points with regards to the Adamson collection – and to psychiatric collections more generally. Who has ownership of the work? They were created in a hospital environment during the process of healing; are they art objects or tools for healing? Should the creators be named? What are the copyright issues? David argued that the artists’ names should be shown, afterall, they were denied an identity in the asylums; they shouldn’t be excluded a second time around.

Although I’m not sure how I feel about psychiatrists talking about ‘outsider art’ (or, actually, just art in general), I do think it was important for David to be there as the emergence of ‘outsider art’ relied quite heavily on the influence and encouragement of certain psychiatrists. 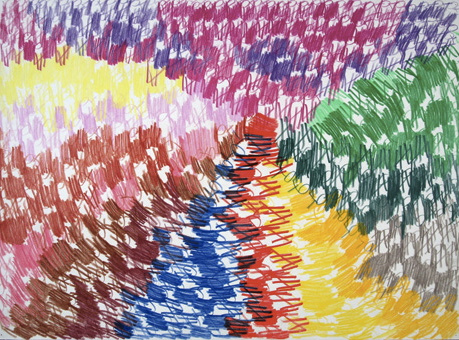 The final speaker was Shamita Sharmacharja, who focused on her curating of the ‘Souzou’ exhibition. Shamita said she had chosen to go for an ‘object-led’ approach rather than a heavily biographical or health focused interpretation – something which I think is very important when displaying ‘outsider art’. It means that the artists’ talents are not simply pushed to one side in favour of their medical history. Shamita quite rightly stated that the artists’ works were  art – she would not focus on the biography of other artists she was displaying, so why would she for this exhibition?

After the introductory speeches, it was time for audience questions. The questions were wildly diverse, and came from people who worked with artists outside of the ‘mainstream’ art world, and from those who knew fairly little about the subject.

1) Can ‘outsider artists’ talk about their work meaningfully and coherently?

2) Why do we feel we have to label people? Why can’t outsider artists just be called artists?

3) Why is there so much interest in Japanese ‘outsider art’ at the moment?

5) What is ‘outsider art’? In simple terms – has it become outdated?

6) Not everyone is an artist, and not everything is art. People have to go to art school and study what has come before to become an artist.

7) Why is ‘outsider art’ not taught as part of the art historical canon?

In Outsider Art under Analysis: Part Two, I will return to these questions and answer them for myself. I would be really interested to hear other people’s responses to the questions as well.

2 thoughts on “Outsider Art under Analysis: Part One (Speakers)”