This artist showcase comes from David Mutnjakovic, whose art is a release from extreme pain, taking him beyond anywhere he can possibly imagine. He sees ‘outsiders’ as those who have had the courage to head into the darkness – and the courage to bring back the light to those who are curious. Read on to find out more about David and his work.

When did your interest in art/creating begin?

In 2010,  I suffered a near death experience due to a massive flare-up of Crohns Disease which went unchecked for three years. After my recovery I began to have visions, or hallucinations, which came to me in vivid color, as little films, or as strange twisted colorless figures speaking a language I could not understand.

The images of these creatures burned into my mind, I became possessed by them. I began to wonder if I was going mad or losing my mind so I began to draw them. To document them, to show my doctor, and the people around me in perfect detail what I was witness to.

Each vision was accompanied by a story. Yet the story could not be revealed through words, or symbols, as we know them. Only by drawing them, could each individual tale be told. Upon close observation each illustration describes a world within a world within a world. These worlds I had come to realize are within us all.

The hallucinations made me vividly aware of the fact that what I call shapes, colors, and textures in the outside world are also states of my nervous system, that is, of me. In knowing each vision, I had come closer to knowing the self. The visions I was having were actually me speaking to me through me, by way of the unknown. 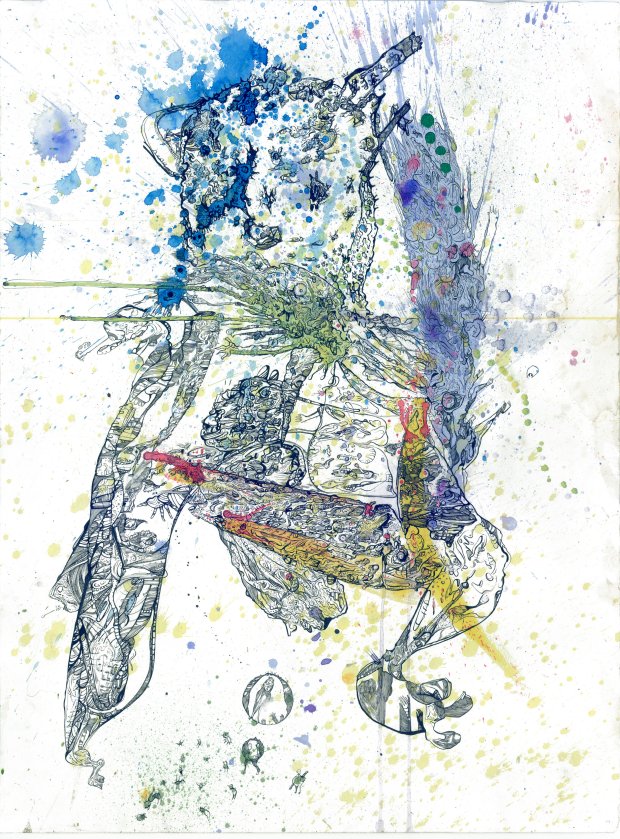 What is your starting point for each piece?

A spontaneous moment with a coloured pencil on a piece of paper. I dance with pencils in my hand leaving traces of movement on the paper. Within I can determine the shape which is asking to be drawn out of what was once nothing.

The scent of jasmine

In the beginning it was the body. I would look closely at the anatomical drawings in Greys Anatomy, and transform the heart into a creature, or the cardiovascular system into a microcosmic universe. Through this process I came to know my own body intimately. This was important in my healing process. At the time I had abscesses that burned holes through my small intestines into my bladder and so on. The X-Ray of my intestinal track looked like I had been shot in the guts six or seven times. Drawing the body, combining scientific drawings with the power of my imagination, I am certain, was what was responsible for my miraculous recovery.

What do you hope the viewer gets from your work?

The work opens up a dialog between “it” and their own traumatic experiences even periods of grieving. I must say “it” as I do not believe the works are a depiction of just my experience, rather they come from a universal trauma. That which we all share, I understand trauma as that which connects us beyond the physical, and psychological spheres of understanding. In my past exhibits viewers have spoken to me about their own journey with pain. One woman even saw her cancer. The works create a portal to true empathy. Today, the atonement of my trauma does not come through completion of my work but through the dialogue of healing it offers for me and the viewer.

What do you think about the term Outsider Art? Is there a term that you think works better?

Colin Wilson the ‘The Outsider’ says “The outsider is not sure who he is. He has found an ‘I’, but it is not his true ‘I.’ His main business is to find his way back to himself.” I think that the term ‘outsider art’ is just a beginning. It is a way for artists who have been knocked out of society’s ‘normal’ to connect through a term. Van Gogh, William Blake, Frida Kahlo, these people where all travelling back and forth between the known, and the unknown. Life and death. How can a word be used to define that which can only be expressed through imagery? You cannot. The outsider artist knows that there is no outside, just as there is no inside. It is all an encompassing whole. It is safe to say to everyone has had that terrifying feeling to be on the outside of something. Exiled and alone, one either gets curious and goes deeper into it. Or one gives into fear and runs back to the herd for safety. Outsiders are those who muster the courage to head straight into the darkness, and bring back the light for those who may have turned back in fear, but remain curious. 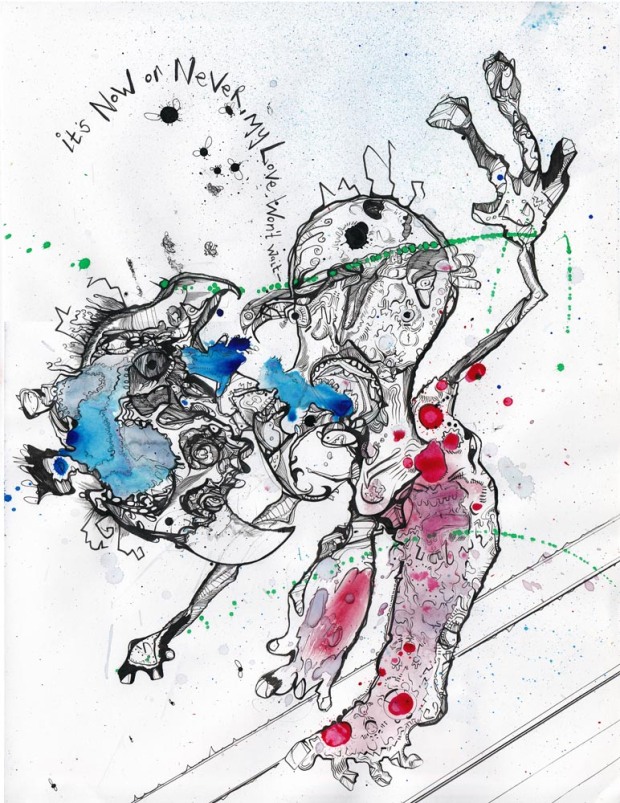 In the past six years I have created hundreds of drawings, animations, and stories. At the same time I have begun to work in schools with children and ‘at-risk’ youth as an Art Educator. My objective now is to build up my art practice to a level where I can inspire children and youth who feel like an outsider to create works of art which allow them to make sense of what is happening or has happened to them. Children particularly are not given the chance to find solutions to their own problems. The art room is the perfect opportunity for them to do so. My dream to is to return to Croatia, the country which my father was exiled. To exhibit, and work with the children of the parents who have suffered from the War.

Where do you see your work taking you in the future?

Beyond anywhere I can possibly imagine.