The Artist Showcases on kdoutsiderart aim to share the work of emerging or ‘outsider’ artists. This time, it’s the turn of Wayne Wolfson. Read on for information on Wayne’s work and his life as an artist. 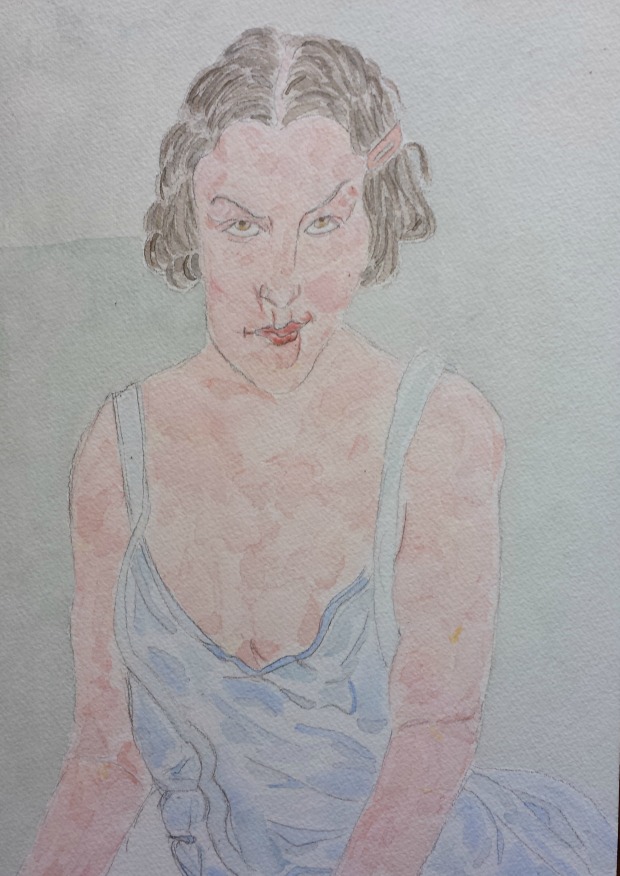 When did your interest in art/creating begin?

I have always drawn and painted. Writing has been my main thing and as I contemplated a passage I would draw as a means of achieving a sort of relaxed concentration. I then upped my game by doing acrylic easel painting in-between short stories or passages of a novel.  While I was doing this, I never would have called myself a painter as I was not working on my chops or anything but merely just doing (it). I switched for practical reasons to watercolors after getting a great little travel set as a gift. My first forays into the medium seemed to resonate with people, although I had a long way to go before achieving my current voice. This spurred me onto to really putting effort into my chops, evolving, delving into various mechanics of the craft. Looking back on it now a decade or so later, I am far better with the watercolors than I had ever been with acrylics but it was an important start for me.

What is your starting point for each piece?

When I first started out there was a definite component of feeling my way through during the creation of each piece. Now, I usually have a fairly good idea of what I want to do before starting and how to achieve the effects. There is a perpetual striving to evolve artistically but for myself there are really no big surprises halfway through a piece or when I am finished. The chance element for me is less chance and more improvisation, like jazz, and that occurs only if I am at a bar or something and just borrow a waitress’ pen to do something on a napkin or place mat. 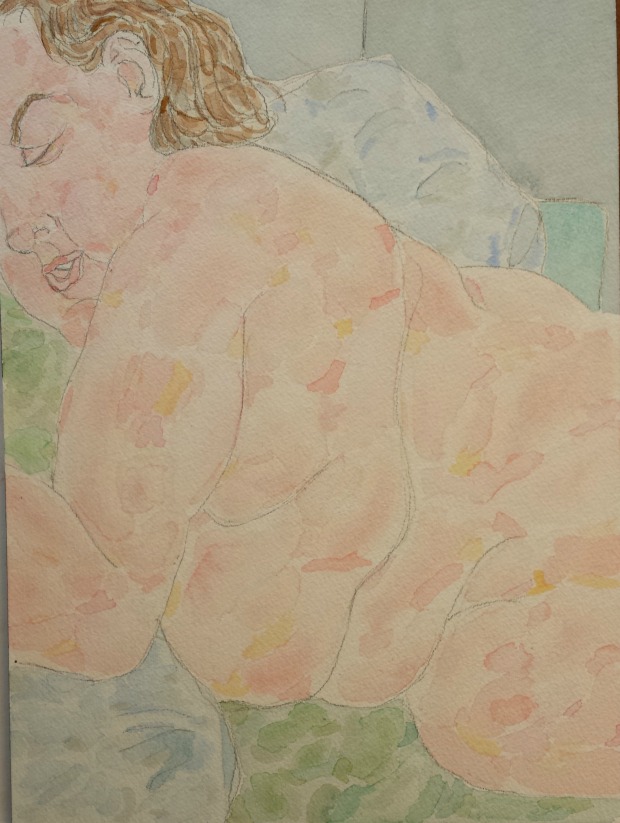 Who or what influences your work?

Music is my biggest influence. I am constantly listening to things. My list of favorites remains but I do also explore. I think my own emotions are an influence to some extent, as are those of whoever is modeling for me and my knowledge of what makes them tick. A sort of figurative-narrative, the truth not for all time but just that moment my eye traps them onto paper. 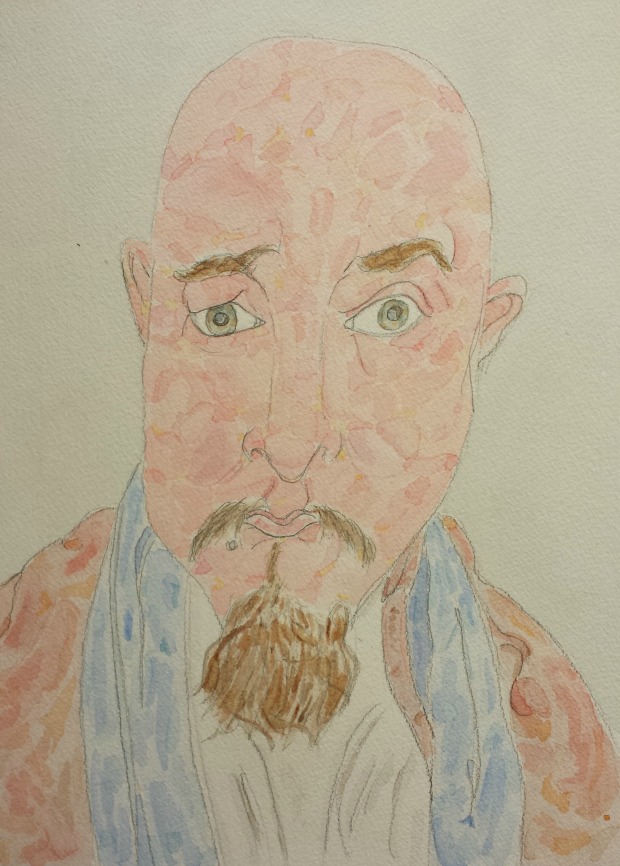 What do you hope the viewer gets from your work?

I would like them to feel something. Emotion is the most important thing to me. I think even with the greatest artist in any medium, regardless of how technically adept they are, from Mahler to Coltrane, it is their emotions resonating from their work which we treasure.

What do you think about the term outsider art? Is there a term that you think works better?

I liked the idea and term initially but it is played out; it has become a sort of institution unto itself. It used to be people outside of academia and the gallery/museum scene: People with talent but no connections to make things happen with their work and perhaps also outside of trends. Now, at least stateside, it has become a sort of shorthand for folk/naïve art which is not necessarily that good done by people who have weekly meetings, monthly, annual shows etc. Now, just another group with a sort of faux- keeping it real cred.

I would almost like to return to a medieval artisan type of term such as “craftsman” in hopes of such a less glamorous/cool title weeding out those in it only for attention or who put only a modicum of effort into it.

I have several pieces to draw for my portrait project. I am very fortunate that I work fast. I am about to start a new watercolor portrait. I draw every day, seven days a week no matter where I am in the world. If I am not drawing actual pieces, then I am wood-shedding, practicing drawing hands, eyes and what have you; the way a musician would practice scales. I view drawings as fully realized works unto themselves and not merely appetizers to a painting, so I give that equal attention to my painting. 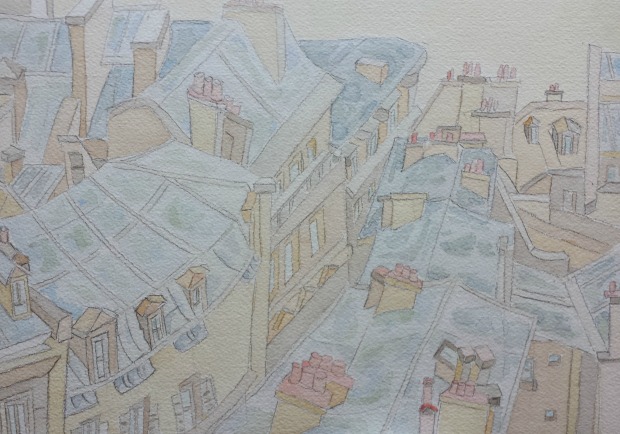 Where do you see your work taking you in the future?

I honestly do not know. I am outside of trend in what I do and also realize that I am not reinventing the wheel. So I do not have the power of novelty nor shock of the new to aid me.

I do figurative art and cityscapes, some still lifes. I am not afraid of beauty in a time when derivative Basquiat skulls get more attention. I would like to do an album cover or something like that for one of the musicians I admire. Of course I would not mind some more gallery shows. As things unfold I will continue with my portrait project, which is informal portraits of various musicians and other artists I admire and to work towards further evolution.