From 7-14 July a collaborative exhibition between Julian Hartnoll Gallery and Outside In will showcase the work of 12 artists from the margins. From intuitive artists to self-taught visionaries, ‘Bold Vision’ provides a unique insight into the black and white world of these artists.

Seven Outside In artists will have their work shown alongside five Outsider Artists’ works at Julian Hartnoll Gallery. Outside In works with artists who face barriers to the art world for reasons including health, disability and social circumstance.

The artists in the exhibition create for numerous different reasons, one of the most common being as a release or a way of finding balance. Albert’s pen and pencil drawings of imagined buildings act as a form of meditation for the artist, a release from the boredom and tedium of hospital life, whilst Chris Neate’s automatic ink doodles help him maintain a calm stability. Albert says of his work: “I start with a vision in my mind and it blossoms from there … I imagine the building being constructed in brick and brought to life.”

Similarly, Roy fights his low moments by drawing heads and faces, houses and fidgety lines in an effort to describe elements of his past, or his visions for the future. 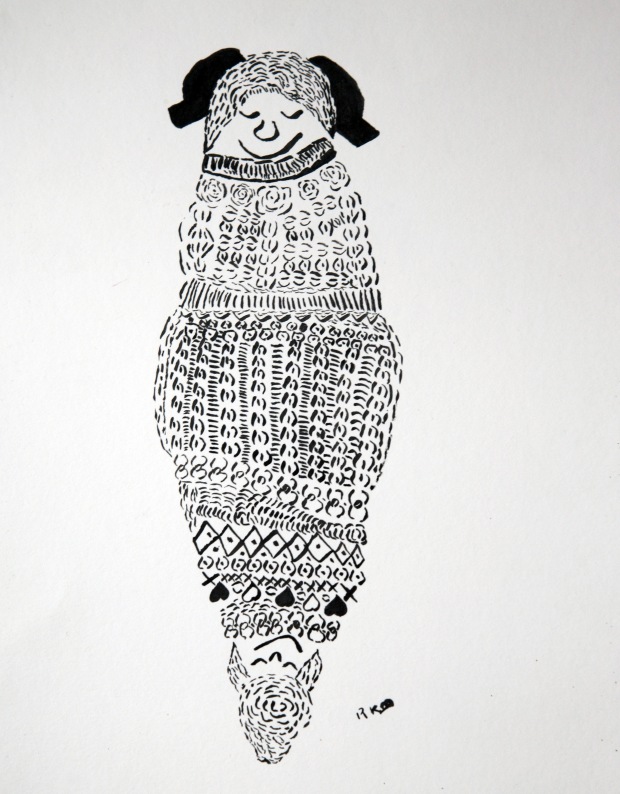 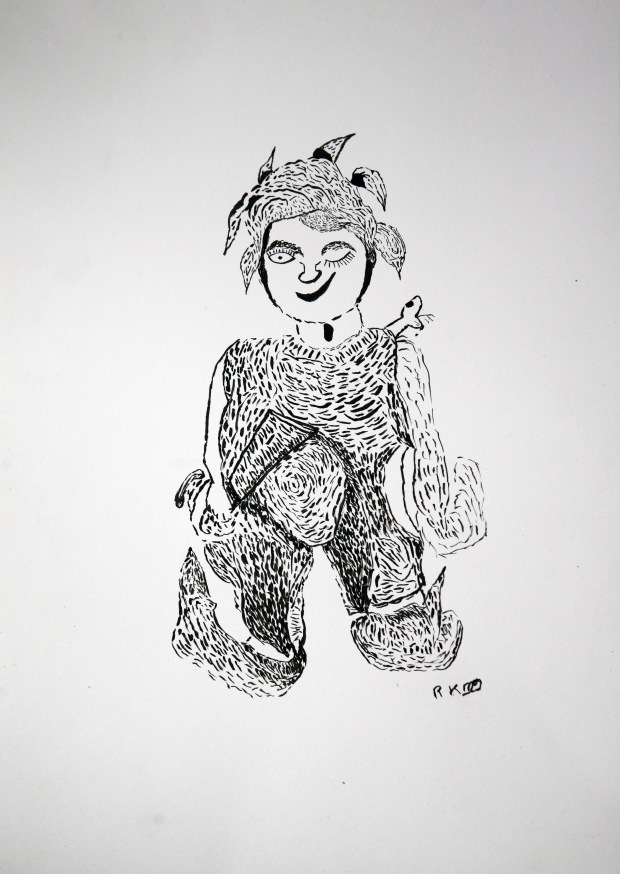 Intricately designed faces and the human figure make reoccurring appearances throughout the show. A fascination with the female form inspires Nigel Kingsbury to create drawings with a frequently mysterious and eerie quality, although his idolisation of the figure in such a rare and carefully observed manner is far removed from contemporary issues of gender stereotyping.

Both Valerie Potter and Aradne use embroidery techniques to, in the case of Aradne, create figures, birds, insects, flowers and text, which all come together in her web-like structures, and in the case of Potter, keep herself sane.

Kate Bradbury’s intricate black and white creations began when the artist unearthed rolls of Chinese paper and a well of black ink during time spent in a run-down house in London. The discovery of this new medium followed on from her intuitive creation of pictures and assemblages from abandoned belongings, leading to a tidal rhythmic pattern and repetitive form of image making.

This idea of repetition crops up regularly throughout the exhibition, alongside strong compulsion, a desirable lack of intention and incredible imagination. Ted Gordon, one of the five Outsider Artists, is a self-taught draughtsman whose spontaneous, unmonitored creation enables the mind to give free rein to the hand. He becomes, as described by his biographer, Roger Cardinal, absorbed by his image-making, a “perpetual motion machine, an instrument of what the Surrealists called ‘automatism’.”

Similarly, British Outsider Artist Nick Blinko draws intensely dense and detailed compositions of faces, figures and obsessive patterns. His art conjures a nightmarish, anxiety-ridden world where inner demons might be exorcised through repetitive graphic marks. Reminiscent of the macabre images of Goya or James Ensor, Blinko creates a personal iconography that evokes the magic and menace of rich imagination. 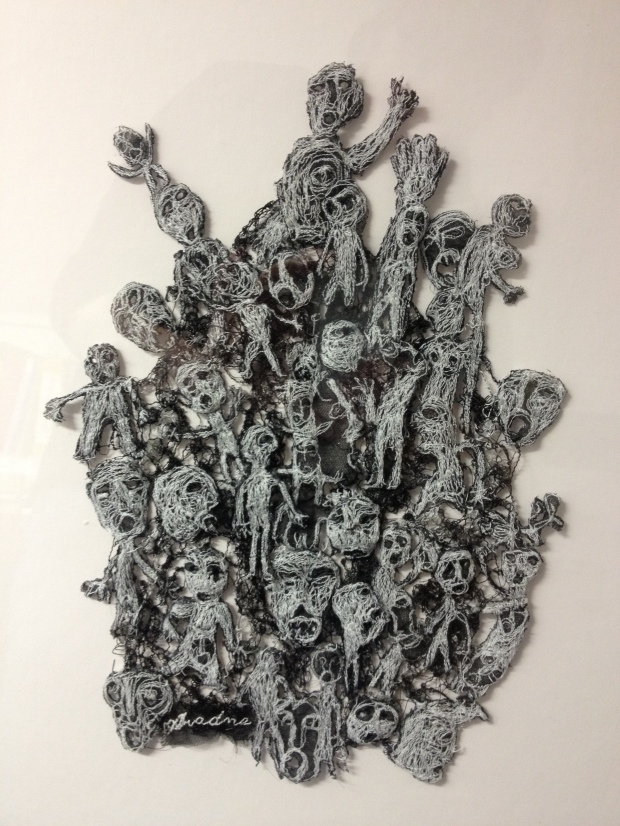 The form and content of the work is greatly varied, from Kingsbury’s loosely drawn female figures and Aradne’s hand and machine embroidered web structures to ‘time traveller’ George Widener’s bold compositions of dates and imagery and Ben Wilson’s black and white prints.

Both Widener and Wilson often use found objects as their source of inspiration; with Wilson’s distaste for industrial waste, cars and rubbish eventually turning into an art form. Widener, a calendar savant, or ‘lightning calendar calculator’, creates mixed-media works on found paper, or layers of tea-stained napkins, that give aesthetic, visual form to complex calculations based on dates and historical events. 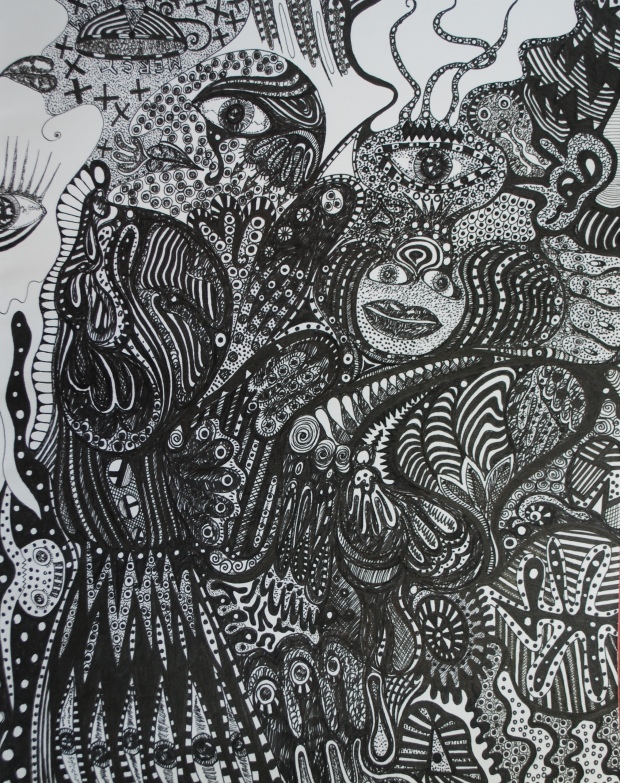